About fifty percent of patients with Atrial Fibrillation also have sleep apnea. Atrial Fibrillation (AFib) is an atypical heart rhythm that affects 2.5 million people in the U.S. and 33.5 million people worldwide. AFib is caused by disordered electrical signals, which make the upper chambers of the heart (the atria) quiver, instead of contracting properly. During AFib, blood pools in the atria. This can allow a clot to form. If a blood clot breaks free, it can enter the bloodstream and produce a stroke. Patients with AFib have a stroke risk that is 5 times higher than people who do not have AFib. 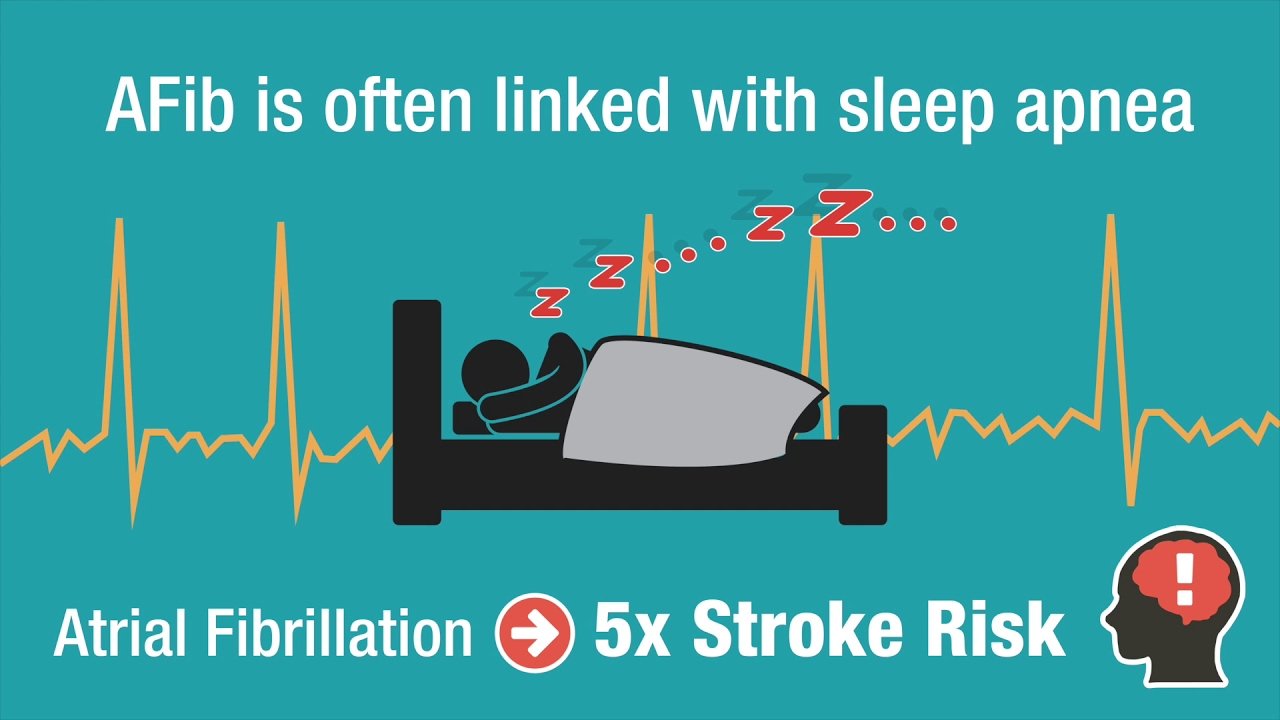 There are numerous risk factors for developing AFib. These include being 60 years of age or older, diabetes, high blood pressure, or existing heart disease. Now doctors have included another risk factor: sleep apnea.

Obstructive Sleep Apnea is when breathing stops or becomes dangerously shallow during sleep. The breathing stoppage is caused by blocked airways in the throat. A person with sleep apnea will awaken, partially or fully, when the brain does not receive get enough oxygen. These partial or complete awakenings can happen up to hundreds of times each night. Sleep apnea patients can suffer from excessive daytime sleepiness, fatigue, depression and insomnia. Furthermore, untreated sleep apnea can cause increase the risk for vehicle accidents, impairments in thinking, diabetes, and a number of cardiac conditions, including high blood pressure, stroke, and atrial fibrillation.

Association between AFib and Sleep Apnea

The precise relationship between AFib and sleep apnea is developing as more research takes place. However, it is projected that half of the people with AFib also have sleep apnea. Plus, people with sleep apnea have four times the risk of developing AFib. Untreated obstructive sleep apnea can lead to the onset of risk factors like hypertension and diabetes. This will predispose a person to AFib. Also, it has been revealed that obstructive sleep apnea directly generates arrhythmias during sleep. The heart experiences mechanical stresses and chemical changes each time a person with sleep apnea is startled awake by lack of oxygen. Scientist believe that this can contribute to the development of AFib. Furthermore, research suggests that untreated sleep apnea impairs the ability to control AFib because it reduces the effectiveness of certain AFib medication. Plus, people with sleep apnea are more likely to have AFib relapses after a cardioversion or catheter ablation when compared to AFib patients without sleep apnea. Preventing sleep apnea makes AFib treatments more efficient.