Are you drowsy during the day with no explanation? Do you wake up and never feel refreshed from a full night’s sleep? Do you snore loudly or wake up breathless in the middle of the night? If you are experiencing any of these symptoms, you may be one of  the millions of Americans who are affected by sleep apnea. Most people are undiagnosed. 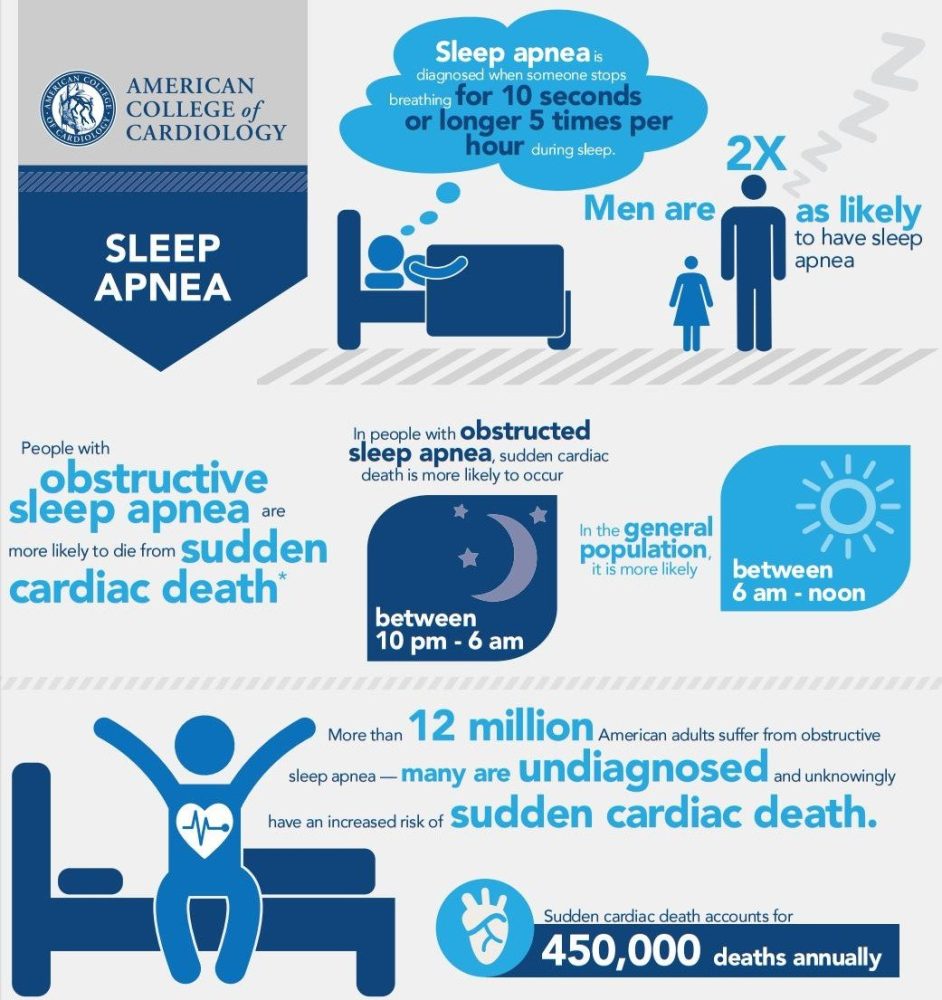 Sleep apnea is a condition in which your breathing stops for 10 seconds or longer during sleep. This can happen hundreds of times a night. Each time you stop breathing in your sleep, the resulting lack of oxygen signals your brain to wake up the body. The arousal signal is sent and you temporarily wake up to restart proper breathing. This arousal is so light that patients do not know they are waking up and fragmenting their sleep. The constant wake-sleep, wake-sleep cycle prevents those with sleep apnea from achieving deep rejuvenating sleep, resulting in a constant drowsy feeling during the day.

There are different types of sleep apnea?

Obstructive Sleep Apnea is the most common type of sleep apnea. It occurs when the soft tissue in the back of the throat relaxes during sleep and blocks the airway, often causing you to snore loudly.

Central Sleep Apnea is a much less common type of sleep apnea that involves the central nervous system, occurring when the brain fails to signal the muscles that control breathing. People with central sleep apnea seldom snore.

The following symptoms can indicate the presence of sleep apnea. If you notice one or more of these, contact our practice.

Obstructive sleep apnea is more common in males than females, and more common in older adults (40+) than younger adults and children. However, anyone — regardless of gender or age — can suffer from sleep apnea. Other risk factors include obesity, smoking, drinking, use of sedatives or tranquilizers, and family history.

Sleep apnea is considered a serious medical problem and if left untreated it can lead to high blood pressure, increasing the risk of heart attack and stroke. The ongoing state of fatigue caused by sleep apnea can lead to problems at work or school, as well as danger when driving or operating heavy machinery. Sleep apnea can also cause complications with medication or surgery. 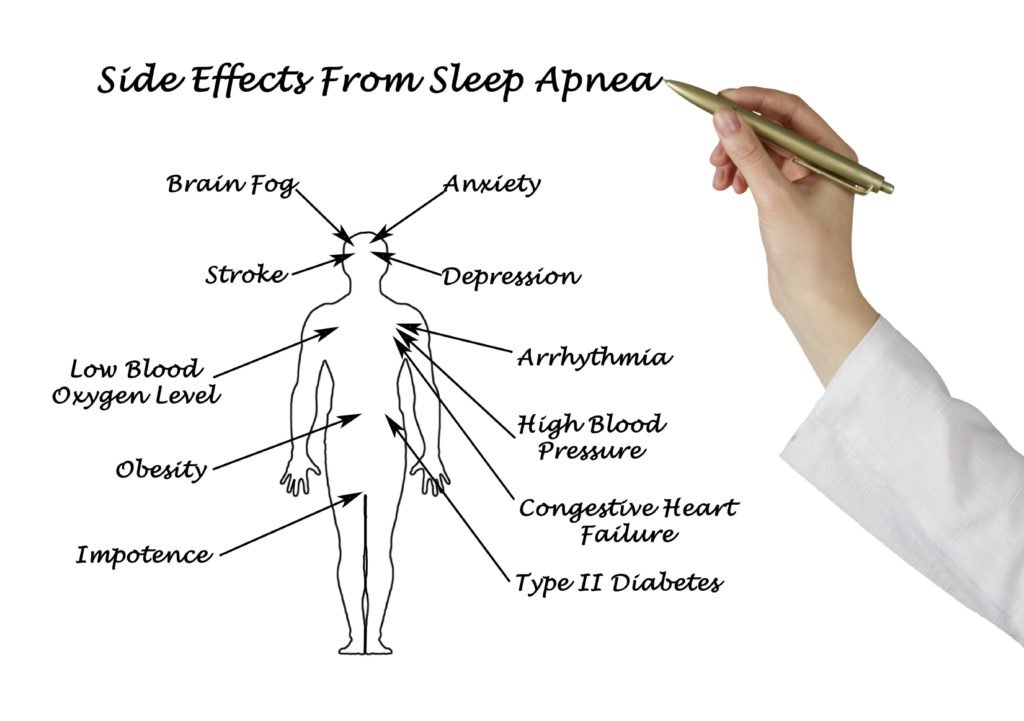 Treatments for sleep apnea depend on the severity of each individual case, and the type of apnea. The most common forms of treatment include:

Contact our practice, and we can get you set up with a home sleep test. A sleep test is the only way to diagnosis sleep apnea. We see patients from Deer Park and Pasadena, Texas. 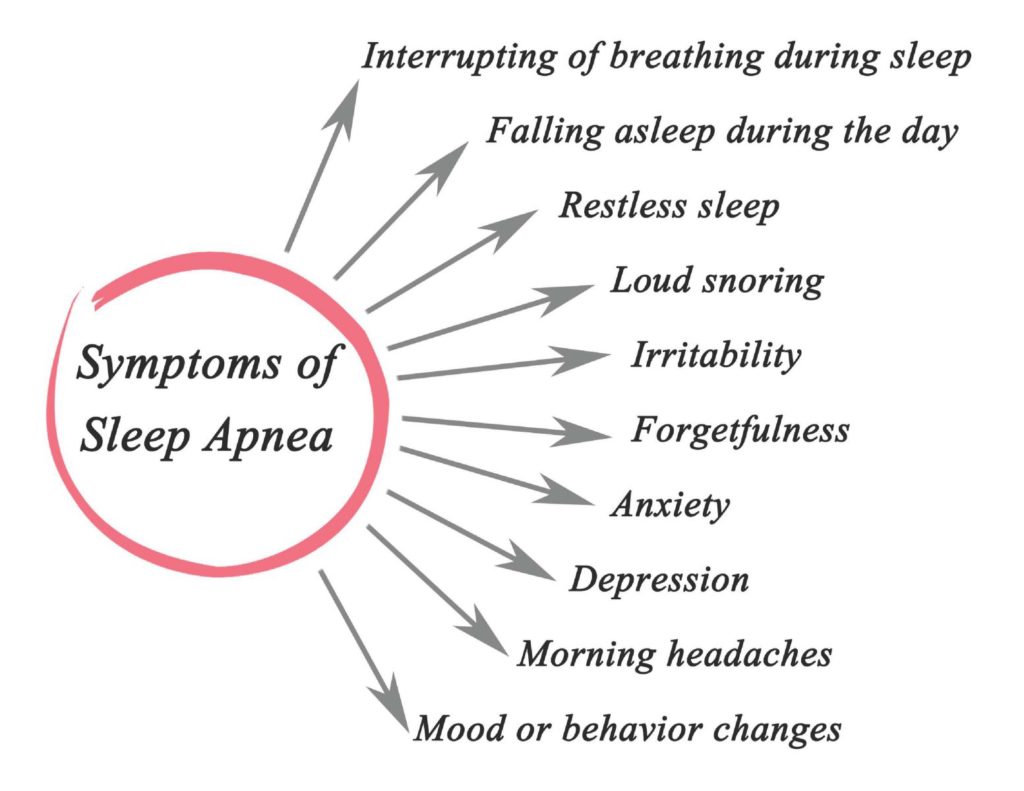