In one groundbreaking study, 163 consecutive, non-alcoholic patients were evaluate because of suspected obstructive sleep apnea (OSA). The study showed:

Severe OSA was found in 27 % of the patients.

Moderate OSA was found in 52 % of patients.

Patients with severe OSA were more insulin resistant (a risk factor for liver disease) and more likely to have liver damage than people of the same weight who didn’t have the sleep disorder.

It is unknown if insulin resistance is directly related to OSA, or if apnea’s lack of oxygen is the responsible for the relationship between liver disease and obstructive sleep apnea. Irrespective of the causes, this connection serves as a warning to those with sleep disorders to investigate their liver health further. 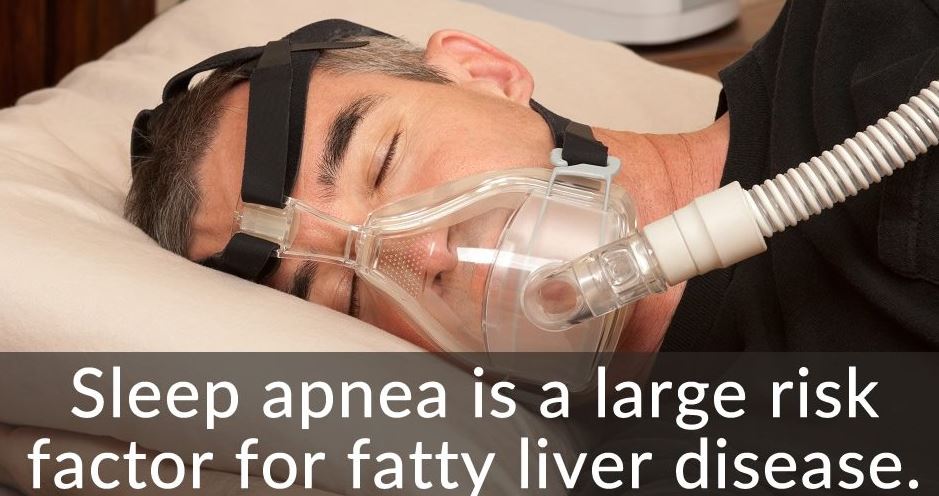 NAFLD describes two conditions that affect people who drink little or no alcohol. The first is a mild condition, while the second is its progression to a more severe disease.

Fatty liver, also known as steatosis, is an accumulation of fat in the liver that typically does not cause liver damage.

Nonalcoholic steatohepatitis (NASH) is the accumulation of fat in the liver accompanied by liver inflammation. Fibrous tissue can form with NASH, which can progress to cirrhosis or liver cancer.

Both conditions are reported to occur with insulin resistance, a risk factor for both diabetes and liver disease.

The completed study showed approximately 50 % of people with NAFLD (regardless of the severity) showed symptoms of obstructive sleep apnea. These results indicate a significant correlation between liver disease and sleep apnea. Additional studies are required to determine whether a causal link exists between NAFLD and OSA

What Does This Mean?

The implications of OSA’s liver disease connection can significantly affect individuals with sleeping disorders or with liver disease. The evidence suggests taking the following action:

People with liver disease and a sleeping problem should be evaluated for OSA, becuase treatment options for OSA exist.

Patients with OSA may wish to check the health of their liver due to the significant association between sleep apnea and liver disease.

If you are in Pasadena or Deer Park, you should contact our office if you suspect you have sleep apnea.