Obstructive Sleep Apnea (OSA) is a sleep disorder. It is defined as the unconscious stoppage of breathing for short periods of time throughout a night’s sleep. With OSA, soft tissue obstructs of the upper airway which decreases or completely blocks the flow of air. Pauses in breathing can be just a few seconds to minutes. The pauses in breathing keeps waking the person out of a deep sleep so that the brain can arouse the patient to clear the obstruction and breath.

OSA may be one of the missing pieces in explaining how a protein called beta-amyloid, starts its damage long before people have trouble with memory and develop Alzheimer’s. Patients that continuously reported poor sleep showed a disproportionate amount of beta-amyloid in areas of their brain. Beta-amyloid is a compound substance that has been directly linked as a definitive indicator of Alzheimer’s disease.

Researchers have long known that people who do not get enough sleep have trouble focusing and learning. Optimal sleep is between seven and nine hours. Caregivers who help people with dementia recognizes the nightly wandering and problems sleeping, long thought to be a consequence of the dying brain cells. New brain research proposes that the toxic buildup of beta-amyloid proteins affect and contribute to Alzheimer’s.

Positron emission tomography (PET) scans were given to cognitively healthy volunteers in their 70s to measure the build-up of that beta-amyloid. The participants were given words to memorize, and their brain waves were measured as they slept overnight. It was found, the more beta-amyloid in the brain the less deep sleep they got. The participant’s memories were not being transferred properly from the brain’s short-term memory bank into longer-term storage.

Two large sleep studies tracked nearly 6,000 people over five years. Scientists found those who had poor sleep quality (they tossed and turned and had a hard time falling asleep) were more probable to develop mild cognitive impairment, early memory problems that can lead to Alzheimer’s. Furthermore, the studies went on say Obstructive Sleep Apnea can increase ones chance for Alzheimer’s.

The more a person in unable to get deep sleep the higher the amount of beta-amyloid builds up in the brain reducing memory function. These conclusions have led scientists to believe that Alzheimer’s is linked to OSA. 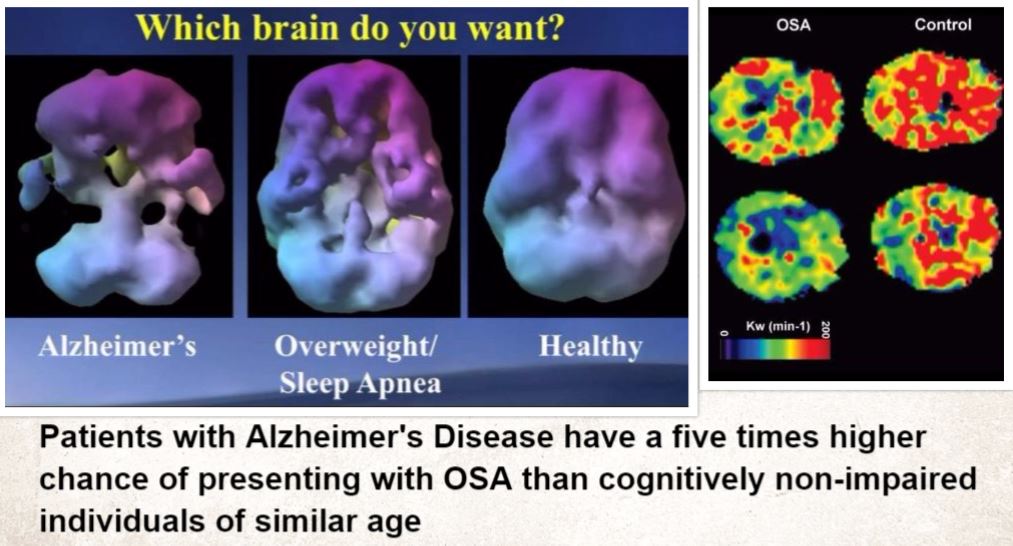 More than 5.5 million Americans already have Alzheimer’s, a number expected to more than double by 2050. Results show the easiest ways to combat the effect of Alzheimer’s now is to treat sleep disorders successfully. Sleep disorders are treatable and can reduce one risk for developing Alzheimer’s immensely.

If you suspect you might have sleep apnea, been diagnosed or would like to find out how Dr. Nugent can help you call our office today. Visit us at 3421 Burke Rd #1, Pasadena Texas 77504. 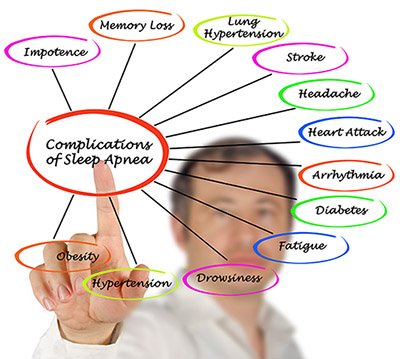